Prelude to... a Return of "TailS from the Back Seat"

Although a 25th wedding anniversary is quite momentous in itself, the celebration and gift exchange between John and Susan last May was truly just a prelude........

The historic origins of wedding anniversaries date back to the Holy Roman Empire, when husbands crowned their wives with a silver wreath on their 25th anniversary.  A silver wreath is a metaphor to represent a place where love can be found. The connection is drawn in the fact that wreaths are actually made of sticks and such which birds use for their homes. Thus, a silver wreath is a representation of having your heart open and allowing your true love and you to build your home around it.
Hence, a 25th Wedding Anniversary is known as the "Silver Anniversary".

So what special gift would John and Susan share for their 25th wedding anniversary??? 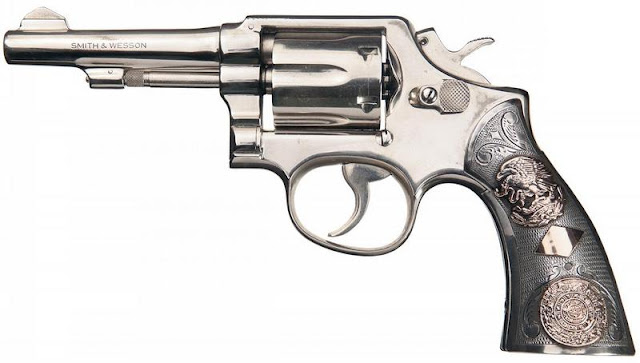 Surely a shiny, silver Smith & Wesson revolver would have been appropriate,
but they decided to forego the Smith (this year) and just present..... 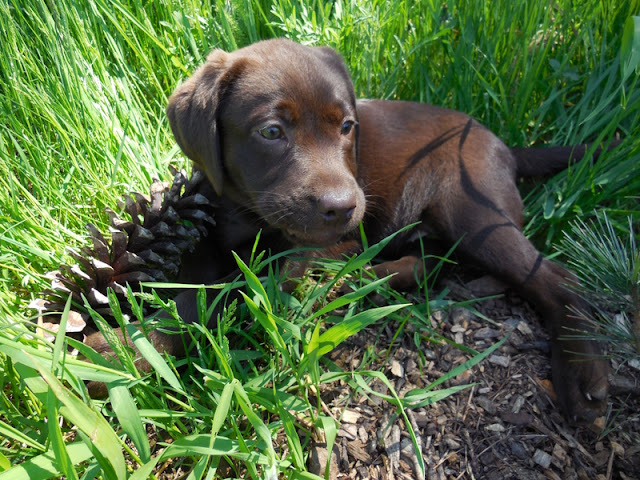 Wesson was born in Fox Lake, Wisconsin but she ain't no Green Bay Packers fan! 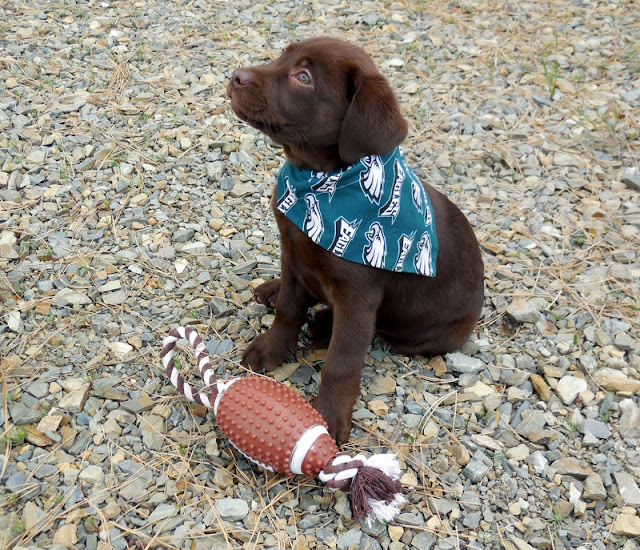 The anniversary present was to include a relaxing 2-week Midwest sightseeing adventure in the RV traveling from Idaho to Wisconsin to pick up Wesson, but a broken axle on the RV took the relaxing out of the equation and added to the "adventure"...for all of us!!

It is usual for puppies to exhibit separation anxiety when leaving their birth family,
but Wesson is anything but usual.....
she immediately embraced her new family and the open road!! 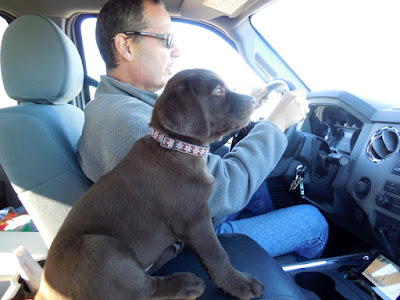 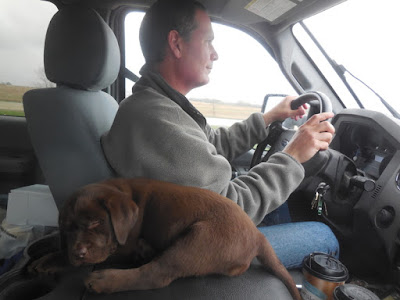 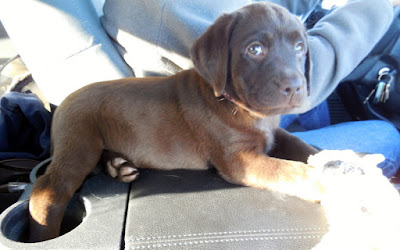 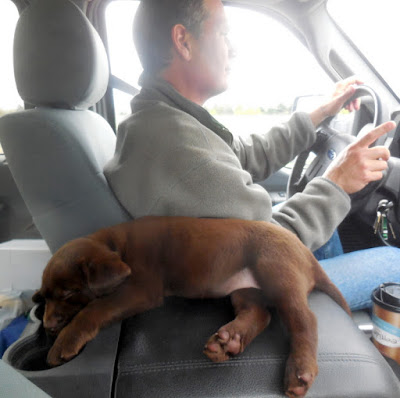 Back in Idaho, Wesson also took to her new environment with ease..... 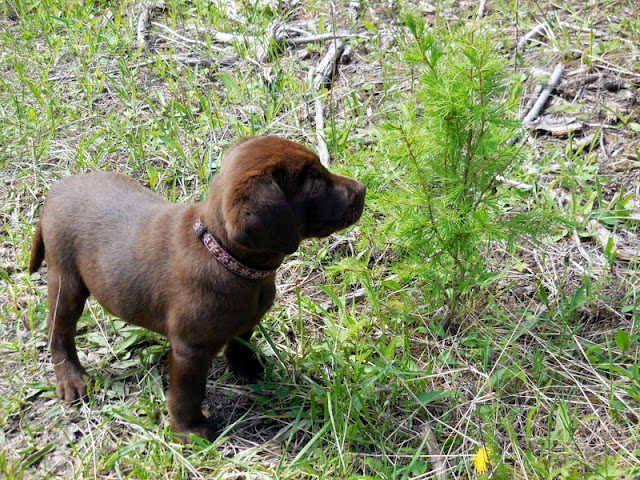 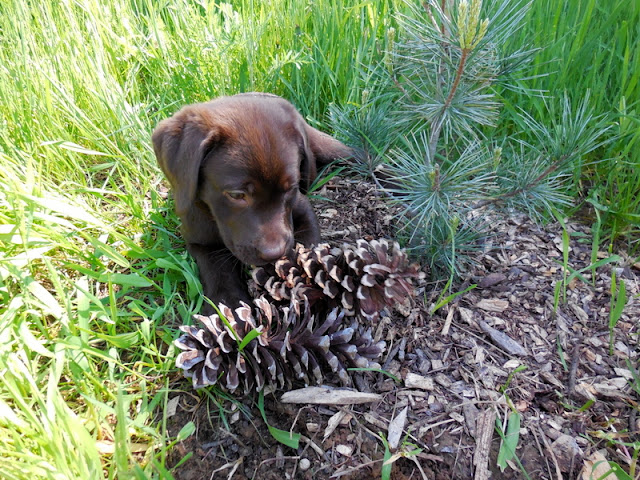 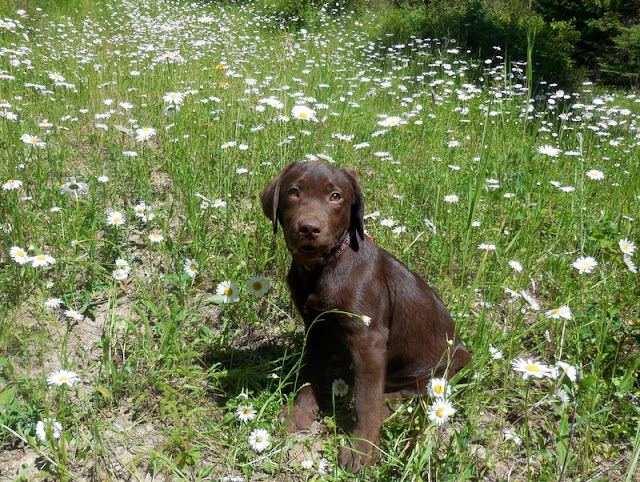 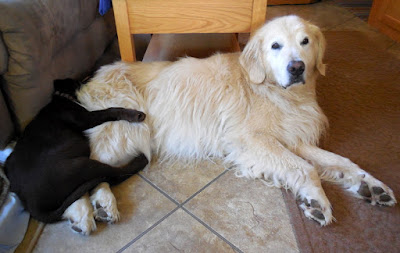 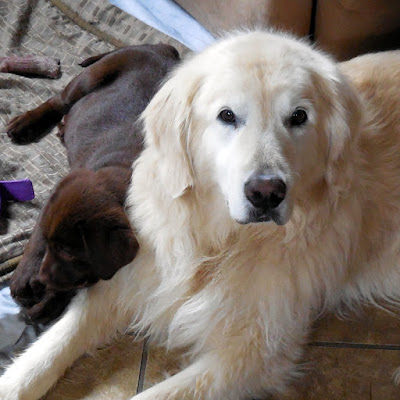 Wesson soon made friends and the training in all things dog began.... 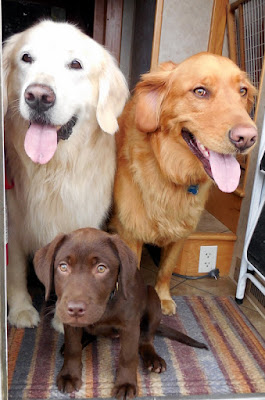 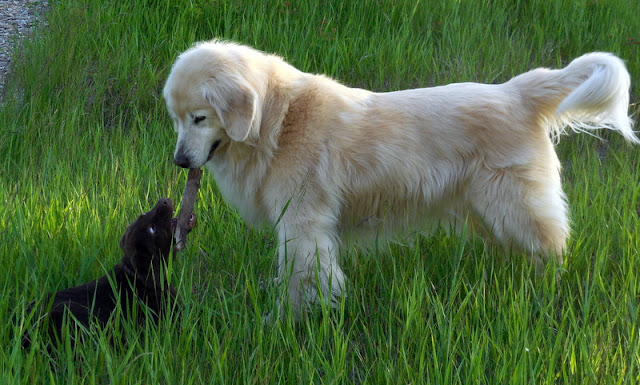 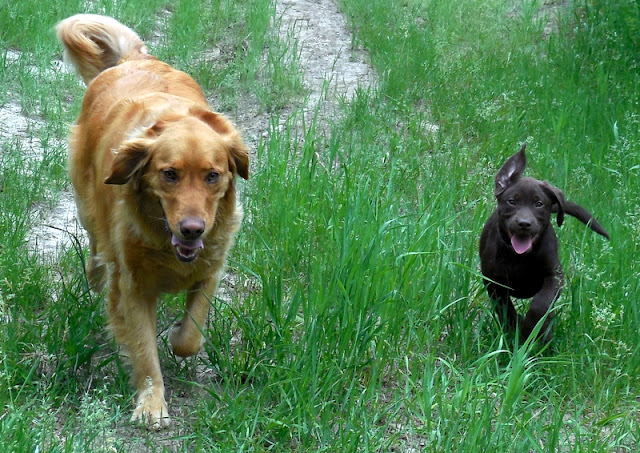 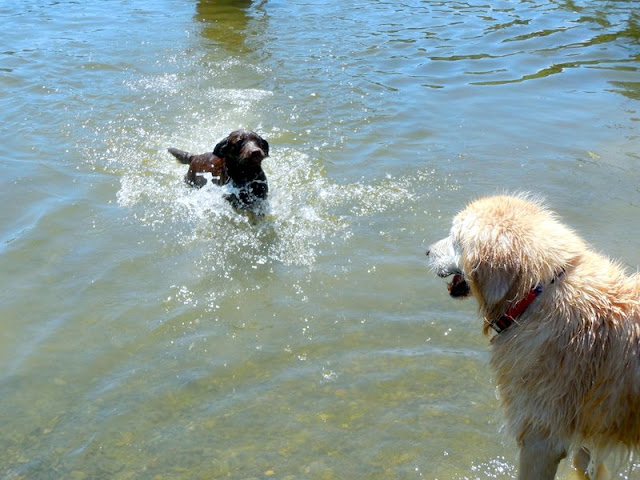 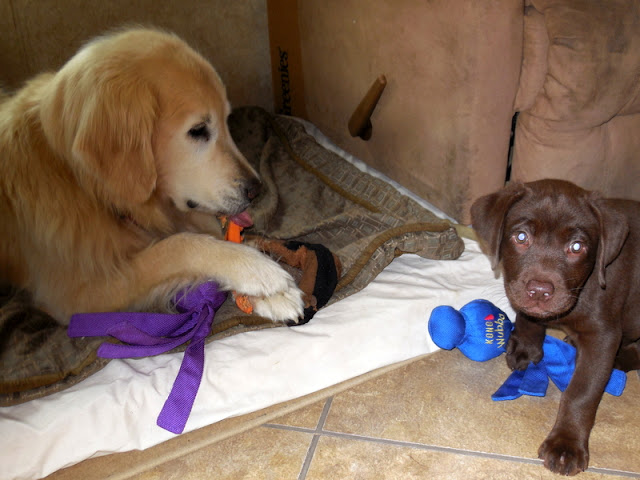 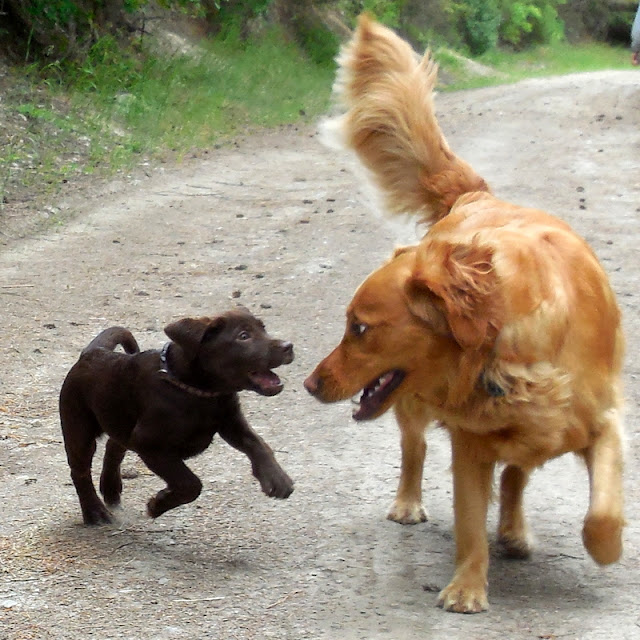 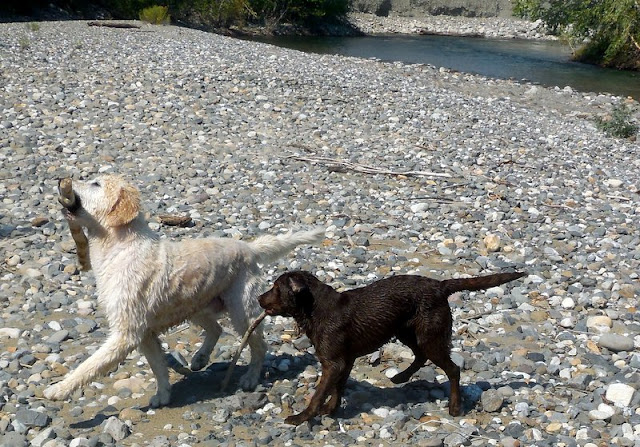 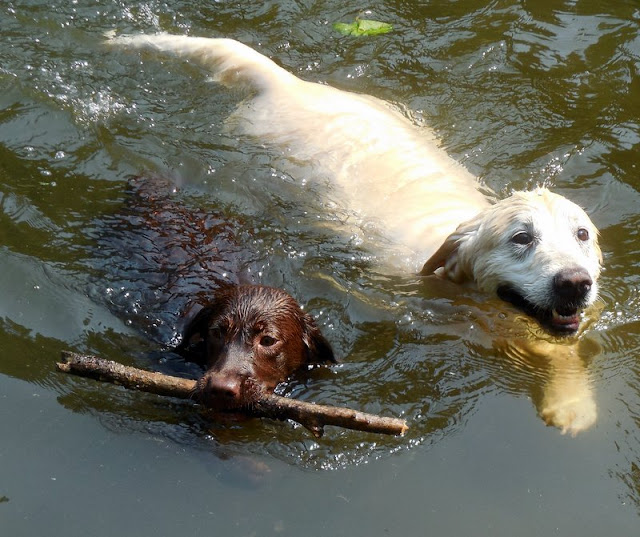 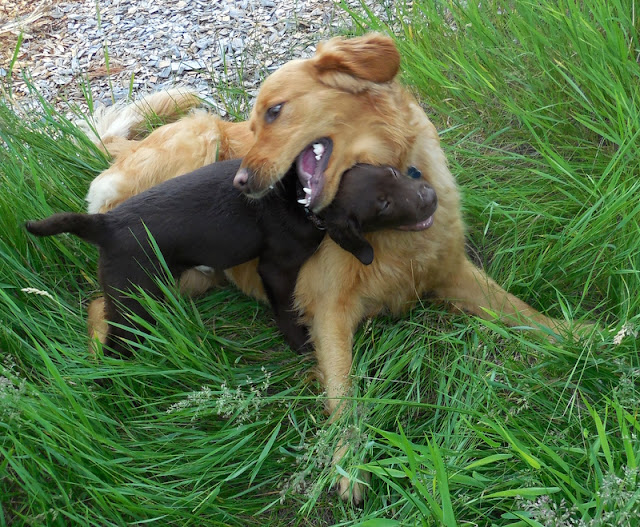 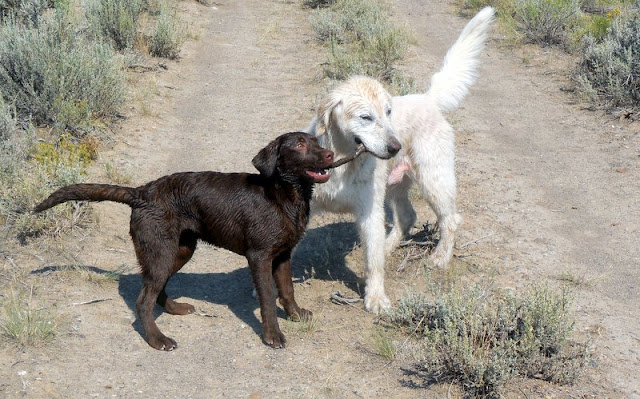 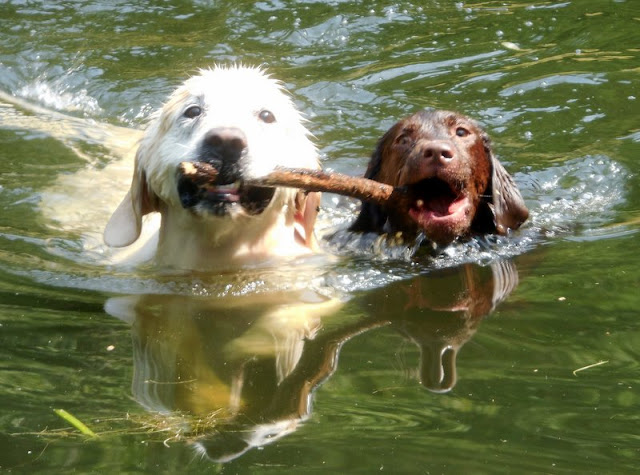 ...and it was quickly clear that Wesson and Jake would live happily ever after....
just like Susan and John... 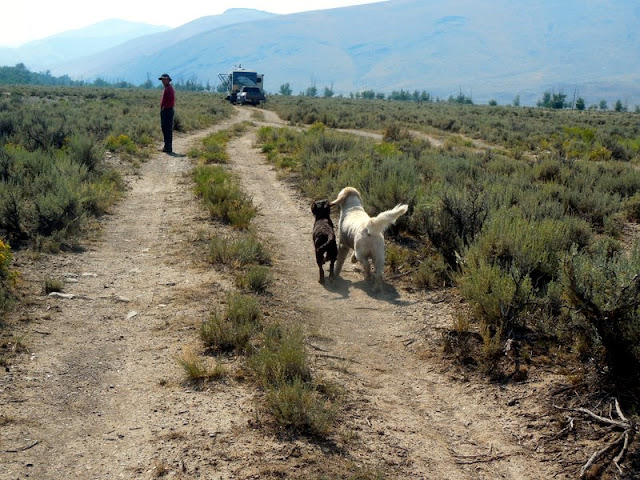 "What a Wonderful World" 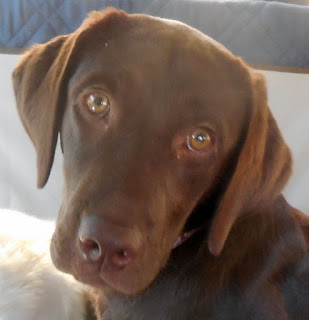 I see skies of blue,
And clouds of white.
The bright blessed day,
The dark sacred night.
And I think to myself,
What a wonderful world. 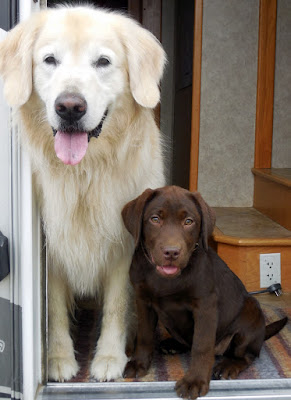 The colors of the rainbow,
So pretty in the sky.
Are also on the faces,
Of people going by,
I see friends shaking hands
Saying, "How do you do?"
They're really saying,
"I love you". 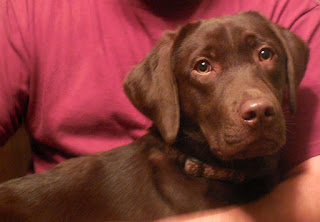 I hear babies cry,
I watch them grow
They'll learn much more
Than I'll ever know
And I think to myself,
What a wonderful world. 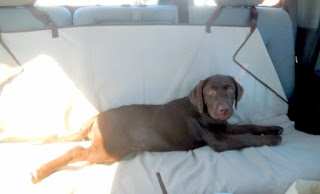 Yes, I think to myself,
What a wonderful world.
Oh yeah.

Stay tuned for a return of "Tails from the Back Seat"! 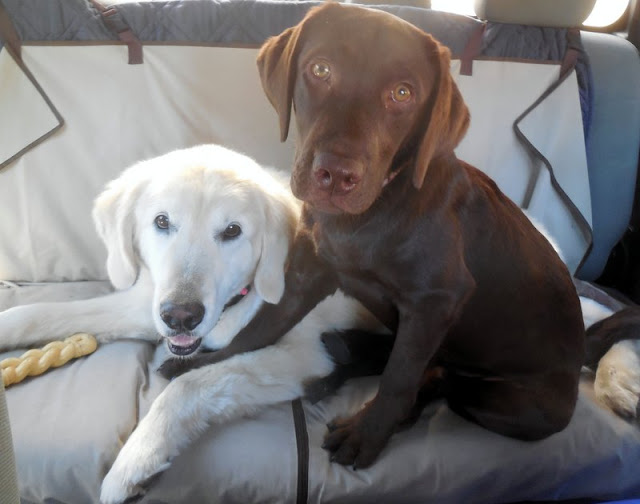