The Mystery of the Swastika Bridge

The U.S. government has engaged in numerous civil engineering projects along the nation's waterways. The Colorado River has been the object of these projects almost continuously for more than 120 years.

We're camped now on Mittry Lake, one of the wetland ecosystems created by the damming of the Colorado River near Yuma, AZ. This project has allowed the desert around Yuma to be irrigated extensively creating an agricultural oasis that grows various crops including 90% of the country's leafy green vegetables during the winter months each year.

Civil engineering projects are old around here. So we were a little taken aback one day while exploring when we ran into this bridge adorned with swastikas cast into the concrete rails. 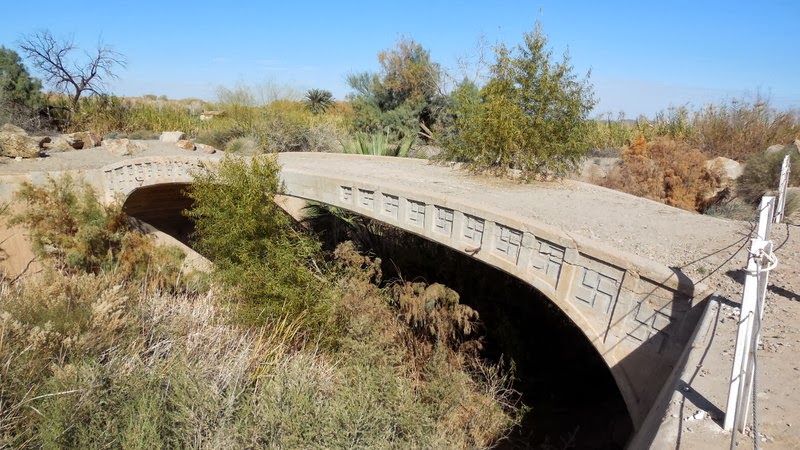 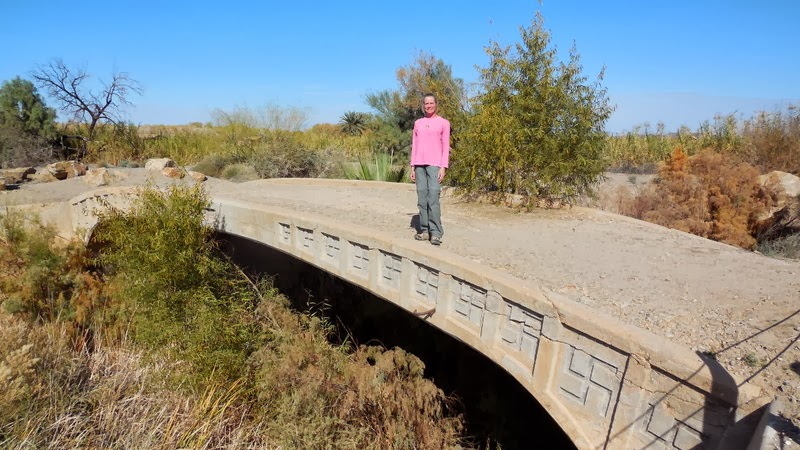 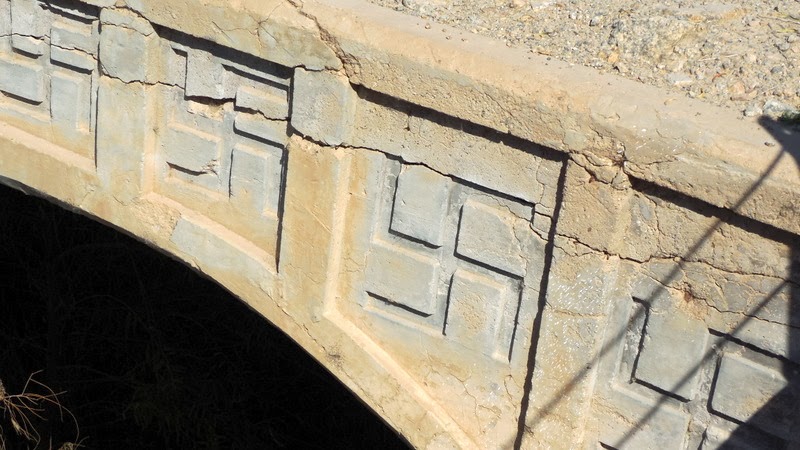 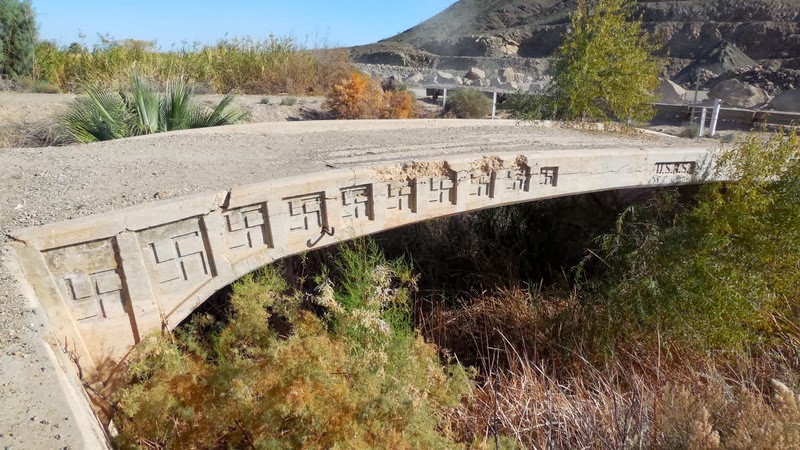 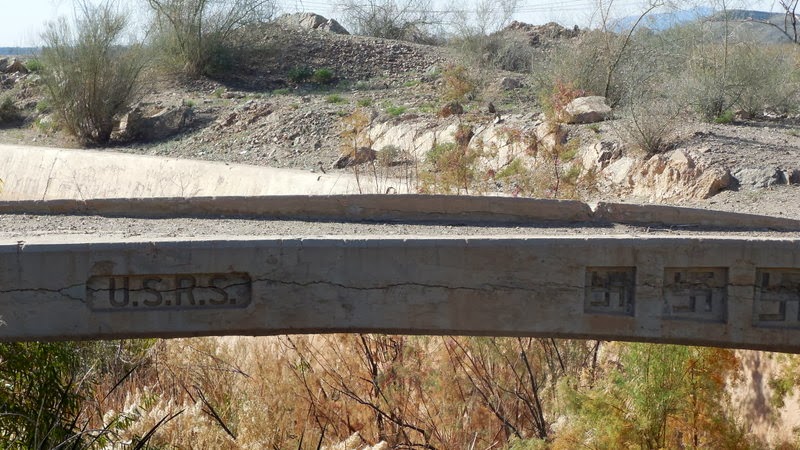 The bridge has the acronym USRS cast in concrete as well. That would be the US Reclamation Service. It was established in 1902 as part of the US Geological Survey. By 1927 the USRS had been split out of the USGS and renamed the Bureau of Reclamation. During this 25 year period, the USRS had developed more than 30 projects in the Western US. This bridge and the irrigation canal it crosses were part of one of those early projects back in 1907.

So now we know this bridge was built more than a 100 years ago, but what's up with all of the swastikas?

It turns out that the swastika has a history that pre-dates Nazi Germany by about 5,000 years. The word swastika comes from the Sanskrit svastika, which means “good fortune” or “well-being." The motif (a hooked cross) appears to have first been used in Neolithic Eurasia, and is thought to possibly represent the movement of the sun through the sky. To this day it is a sacred symbol in Hinduism, Buddhism, Jainism, and Odinism. It is a common sight on temples or houses in India or Indonesia. Swastikas also have an ancient history in Europe, appearing on many artifacts from pre-Christian European cultures.

The symbol experienced a resurgence in the late nineteenth century, following extensive archeological work such as that of the famous archeologist Heinrich Schliemann. Schliemann discovered the hooked cross on the site of ancient Troy. He connected it with similar shapes found on pottery in Germany and speculated that it was a “significant religious symbol of our remote ancestors.” In the beginning of the twentieth century the swastika was widely used in Europe. It had numerous meanings, the most common being a symbol of good luck and auspiciousness. However, the work of Schliemann soon was taken up by völkisch movements, for whom the swastika was a symbol of “Aryan identity” and German nationalist pride.
So this bridge was adorned with a popular symbol long before Hitler's Nazi party made it a symbol of hate and genocide. The Yuma Proving grounds are located a few miles north of this bridge. Tens of thousands of U.S. soldiers were trained on that site from 1942 through 1945. I wonder if any of them came across this bridge during training and were curious about the forty swastikas cast in concrete across its length.
Posted by John V at 1:17 PM 9 comments:

Quartz: a hard, crystalline, vitreous mineral, silicon dioxide, found worldwide as a component of sandstone and granite, or as pure crystals


Site: the place or plot of land where something was, is, or will be located; an event-setting


Quartzite: a metamorphic rock resulting from the recrystallization of quartz, sandstone


Trip: a going from one place to another, a journey; a protracted hallucination induced by a hallucinogen; a stumble or fall; a mistake, blunder


The million or so snowbirders who flock to Q each year also come for the sprawling markets that pop up selling everything you can imagine you need and those items you don't realize you need yet. We made it out about $600 poorer but with about $1,100 in goods. So it was a pretty fair trade. We'll be back next year. We may even join up with a group to get into the full Q vibe........OK, that's probably never gonna happen! ;-)

10 Warning Signs That Something Evil This Way Comes

Finding useful sources for news can be challenging. For example, over the past week the leading news story in the U.S. has been about Justin Bieber. I find that a sad and depressing commentary on our country. That's why looking at news sources outside of the U.S. can be helpful for understanding what is happening in the world. If you get all of your news from the usual sources, here are a few news items that you probably don't know about. Ignore these stories (and others) in favor of the latest drivel offered by our U.S. media and you miss the big picture.


There are many other items, but 10 is enough for this post. A global economic storm is approaching while our media and our citizens are obsessed with celebrity scandals and reality TV.