Chart of the Day

GDP was reported lower than expected No!!! Really???

There are many economic indicators that are bandied about on a weekly basis. Most are massaged by the government and misreported by the major media outlets. Since virtually the only economic growth we now see is attributable to public sector spending, once you distill everything down to the essentials, the only ratio that really matters for the US economy is the change in US public debt versus the change in US GDP. In the first quarter of 2012, The ratio of US public debt ($359.1 billion) and US GDP ($142.4 billion) has now hit 2.52x and is rising. In other words, it now takes $2.52 in new debt to increase GDP by $1.

The problem with debt is that once you reach a tipping point there's no easy way out. Most of the "growth" generated in our economy over the past 20 years has been fueled by debt, not productivity improvements or private sector investment. We're far past the point where additional debt can fuel meaningful additional growth. We can't can't cure the hangover with more shots of whiskey.

This is important for anyone starting off with their career, trying to save for retirement, or already living in retirement. Without meaningful economic growth and with unsustainable debt loads, the days of the US dollar as the world's reserve currency are over. Cutting entitlements or other government programs is nothing compared to the pain and suffering that will result here when the US dollar is no longer reserve currency that most other nations need to hold in order to conduct international trade.

Countries are already making trade agreements and transactions that exclude the dollar. It's likely that one of the BRIC countries will introduce a gold-backed currency at some point in the near future that will replace the dollar. A dollar collapse would most likely follow.
Lack of growth due to excessive debt leading to an inevitable fiat currency crisis are the real threats to the prosperity of every person in this country.
Posted by John V at 9:00 AM 5 comments:

After 16 days at the factory learning how to operate our new home, we were finally ready to leave the nest and strike out on our own. Karly and Jake were also ready to find some new open fields to play in. 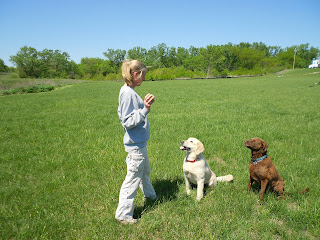 As we prepared to hit the road, we knew that our rig would never again look this good or work this well. It's about to get dusty, muddy and be stressed to its limits! 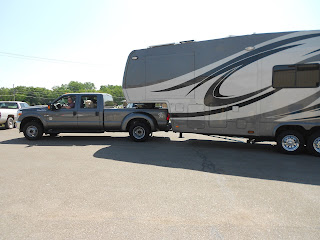 It didn't take long for the Knuckleheads to relax and get used to the rhythm of the road. 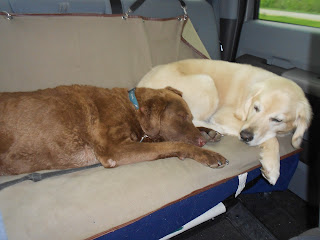 Our first stop would be the Atchison State Fishing Lake in Atchison, KS. Kansas maintains public fishing lakes throughout the state. They offer beautiful sites for fishing and, best of all, free camping. Since there are no utilities available at the lakes, it seemed like a good spot to test out our off-grid boon docking skills. Since Atchison was the birthplace and childhood home of Amelia Earhart, it also seemed appropriate to stay there on the 75th anniversary of her disappearance over the Pacific.

We had to negotiate over three miles of steep Kansas farm roads to reach the lake, but were rewarded by having the whole place to ourselves. 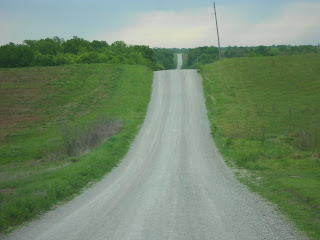 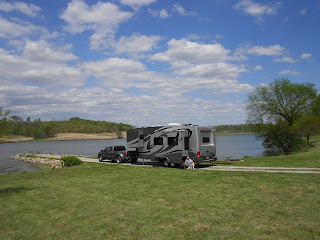 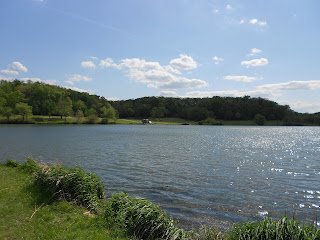 After a nice hike in the preserve around the lake, we broke out the dutch oven for the first time and cooked a Mexican feast. We ended the day with a few beers from the Tall Grass Brewery in Manhattan, KS (www.tallgrassbeer.com/ )  a nice sunset, and watching the local family of beaver splash around in the water by our campsite. 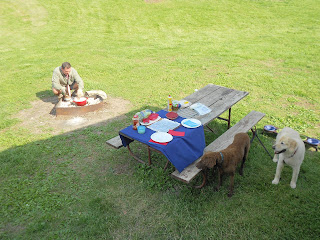 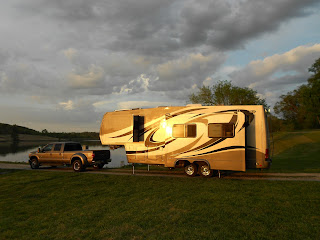 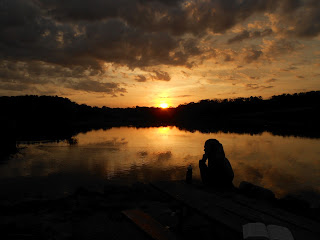 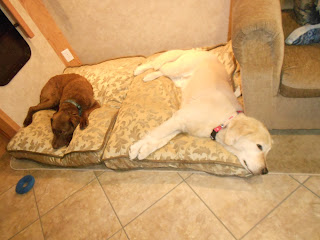 Heading East Into the Sunrise

We're finally packed up and ready to move. The estate sale is over, we have some items in storage with a friend, we've decided what few items we'll take with us, and the Salvation Army came by with a truck to pick up the rest. Like a reverse-commute Grapes of Wrath, we're heading east from California towards the heartland to pick up our new rig at the factory. After decades of collecting things, it feels good to have whittled our belongings down to where they can fit in a small pickup truck and compact car (including two dogs!). 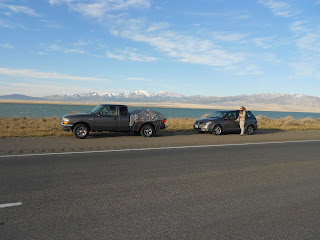 We made it to the Utah/Nevada border on the first day and stayed in the little Casino town of Wendover, UT, nestled at the edge of the Great Salt Lake Desert. West of Salt Lake City, UT is about 15 miles of dead alkali flats. Then you hit the equally dead Great Salt Lake. Fifty miles later and you've reached the desert. From that point it's 75 miles of the most blistering, desolate land outside of Death Valley. It's been a graveyard for oxen, horses and people since the early 1800's. It nearly killed the redoubtable Jed Smith when he made the first crossing in 1827; it's the same desert that betrayed the Donner party, killed off their cattle, weakened them, slowed them down so that when they hit the Sierra they were too late to make it across. Fortunately, we didn't meet the same fate as the Donner party and were able to get across the salt flats as the sun was rising. 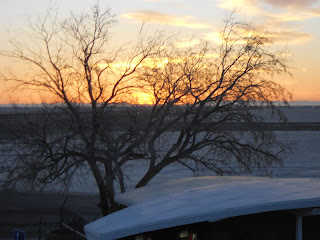 That's not snow, just mile after mile of salt. Say what you will about old Wendover, but it must have seemed like an oasis after crossing this old monster on foot and cart.

After another night in Denver, and dinner at the Buckhorn Exchange http://www.buckhorn.com/ (some of the best rattlesnake, elk, and bison anywhere), we were finally into the great plains of western Kansas. This is a place very different from the mountainous west. Here the sky is a bowl, the earth is a disc, and the eye is invited to notice the small things because the large ones are so characterless. Slowly these plains give way to the rolling hills and ridges of eastern Kansas.

And now we sit happily in Junction City, KS, the home of New Horizons RV. 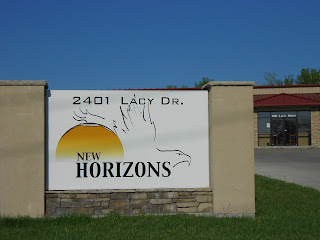 Our first campsite is a hook-up at the factory where we've been settling into the rig and learning how all of our systems work. Every system is different, from the on-demand heat/hot water system, to the solar controllers, to the operation of the toilet. Even learning how to tow and maneuver has been an adventure. Our first campsite comes with many free services and a first-rate manufacturing crew, making Junction City a great first stop. 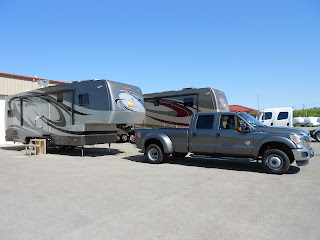 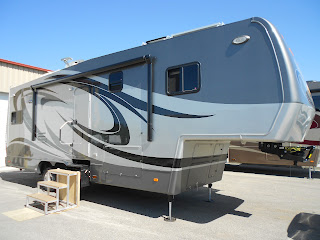 And let's not forget our first experience with Tornado Alley. This little gem dropped down about 50 miles west of Junction City near Salina, KS.

There were over 100 tornadoes reported over the weekend. Luckily, Junction City seemed to be in the corridor between two major storm tracks. Although we didn't get much sleep Saturday night, we didn't see much more than a little lightning, modest winds and a few rain showers.